back from Turkey and I'm gorgeous golden brown: if you could see me I'm sure you wanted to dance around me!

There are millions of songs about having been away and this is but one of them. A very fine one though, I think: 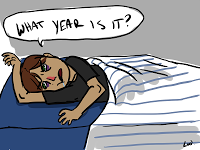 The holidays, should you be wondering, were not at all too bad: loads of sun and that's the main thing after months and months of rain down here. Way too many fucking Russians who behaved like swines in the hotel though, which made me think of this tune all the time recently: 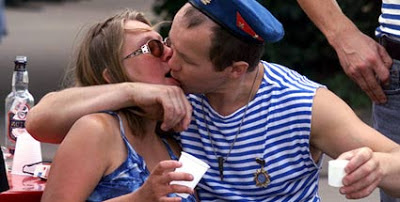 Coming back to the "45 45's" - series: I was astonished to see the amount of comments which were left within last week and again I have to point out that this sort of thing is what keeps Sexyloser running. So a big kiss and 'thank you' to:


JC: for his very nice post about me last week: you might be right about 'Temptation' having been @ #44, mate. But perhaps I'll do something with my 12" singles in the near future, so just wait and see, okay? And, by the way, we should indeed meet soon. Problem is that you'll need to learn to speak English first, as Scottish is not understandable for me. Then again a few beers might help to solve this problem within the conversation ...

Swiss Adam: for his nice words and also for the fact that he runs one of the four best blogs I know. A bit too much Weatherall for my liking though, but who cares, right?

Brian and The Robster: I think the two of you left the greatest amount of comments within the series, so thanks a lot for following it all the way through so intensely. And, Robster, thanks for your Welsh congratulations: highly appreciated!

Luca: I already thought of of the the "78 78's" - thingy as well, but a) my record player won't play that fast and b) my collection of 78's currently counts zero items. But, as I said, I'm contemplating to give my 12"'s a spin in one form or another. And: Italy, apart from France and the UK, is my key market at work, and I found out over the years that all Italians are somewhat morons, providing they or their relatives work in the paper industry. They do my head in every fucking day. So I won't go there under no circumstances whatsoever, sorry! At least I don't think I ever will ...

Charity Chic, DvD, & Drew: nice comments all the way through!

Walter: loads of comments as well plus, I think, the only German who tends to read Sexyloser. Your blog is fantastic, by the way!

George: who commented frequently as well: I was happy to see that you were so fond of the Pete Best Beatles and Terry & Gerry!

Lee Thacker: who said that "I'm sure that Peelie would approve": now this just has to be the best compliment that can be made, isn't it?

Anonymous: for tons of nice comments, albeit rather unrelated to the series, about the merits of Ice Machines, Wordpress, Viagra and penis enlargement: I'll think one of those days I'll come back to you and demand more details about the latter, promised!

This is for all of you, friends: 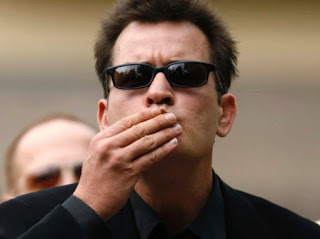 - I'll currently be embrowning my cute little ass in the Turkish sun and you'll all be jealous!
- I'll be considerably drunk in a few hours because it's my birthday today, so: Happy Birthday to me!
- I'll be able to tell you what - in my eyes - is the best record in the history of the whole world ever! 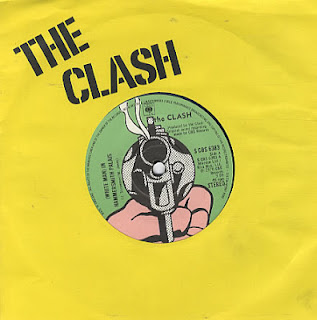 A predictable choice, ey? I'm sure you knew it all along .... then again this record really has stood the test of time, in fact it's as up to date today as it was back in 1978. Perhaps this is why it's hanging on my office room wall: all four versions, in their pink, yellow, blue and green sleeves, framed. And each and every morning when I get up I look at them with pride .... which probably shows you what a twerp I am. Aaaaanyway ....

I do hope you enjoyed this "45 45's until I'm 45" - series ... I certainly did. But most of all I enjoyed the views you shared in your comments, highly appreciated ... and this is what keeps this blog running in one form or another. So a big kiss to all of you who left a few lines!

today's choice, the penultimate one, as perfect as it is, is a bit of a puzzle when it comes to release dates and thus those need some explanation:

And with this CD a 7" came along, which, obviously, is the version you'll get to hear. One of the finest moments in recorded history and that's a fact! 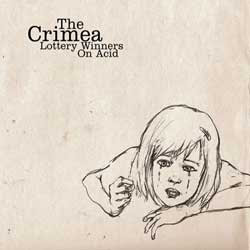 
A mighty record! I will never get tired of listening to it and liking it as much as I did the first time I heard it.

Hope to see you in two days' time when the final choice will be presented: any ideas already?

admittedly I stole the following from somewhere else, but I think it describes today's record perfectly well:

'We Hate The Kids’ is The Indelicates’ attempt to write no less than an anthem for our times. They cast their eyes over the state of popular music and find it sadly lacking. It’s a song for a time where Simon Cowell unashamedly reduces Pop to a pure commodity, a time where things like passion, depth and integrity are entirely expendable. It slowly builds to the point of bursting while Simon and Julia spit out lines steeped in venom. I would say they have succeeded, this is the definition of an anthem.

Well, I'm all for that, I must say. This is a song which needs to be listened closely to, therefore this time I'll add the lyrics to what is your number forty-three, friends. Turn this up good and loud and enjoy: 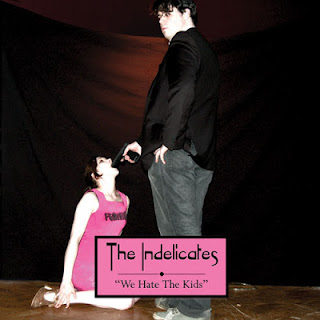 And nobody ever comes alive
And the journalists clamour round glamour like flies
And boys who should know better grin and get high
With fat men who once met the MC5
And no one discusses what they don't understand
And no one does anything to harm the brand
And this gift is an illusion, this isn't hard
Absolutely anyone can play the fucking guitar
Oh yeah we mean it
We hate the kids
Useless children genuflecting
To the idols who exploit them
Open mouthed and arsed expecting
Some god to anoint them
Dance Dance Dance to this radio tonight

And there's always a monk to get set on fire
And there's always a crackhead charismatic liar
And there's always a depth to which you can aspire
And there's always a teenager due to expire
Pop had a beginning, it grew and was tended
Now it is rotten. Let it be ended.
Let every hopeless case that every drummer befriended,
Every seven-inch that every student intended
Every groupie and ligger and identity seeker
Every druggy and drinker and every loudspeaker
Be done with, be piled up, tossed, set alight
No more music, thank you, goodnight.
What a masterpiece. Oh god, I do love this song!!
Take care,
Dirk﻿
posted by Dirk at Friday, June 07, 2013 2 comments:

another classic for you today, which, I'm sure, you all know by heart and love without reservation.

There ain't many songs whith lyrics as disturbing and frightening as this one, I always thought. What I didn't know so far is that I'm not alone in thinking so, in fact there are people who are even more disturbed than I am ....as this thread shows:

isn't it a bit strange for his wife to be "lining up the cutlery, polishing the glasses and pulling out the cork" at that late hour?

The above are just excerpts, reading the whole thread made my day, believe me!

But enough of that, here's one of the finest songs of our time, your number forty-two, friends. Enjoy: 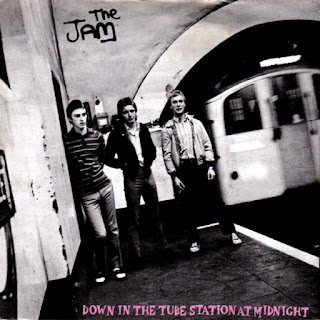 yes, you finally made it all the way through, because today's the start of your Top Five in our nice little rundown. 'Thank God this nonsense is over soon', I hear you say .... but do I care? No, not at all!

Again a record which doesn't need much of an explanation, for a very long time it was my all time favourite. This has changed by now, then again it still is a total classic and every song on the (four track) single is a winner.

Your number forty-one, you lot: enjoy! 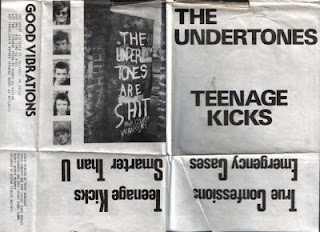 The Undertones - 'Teenage Kicks' (mp3)
Good Vibrations Records - GOT 4 (1978)
White wraparound sleeve and by and large still in pristine condition: a much treasured item, as I say, and I can well imagine that it might be worth a few quid these days ....
Have fun,
Dirk
PS: Would be interesting to know whether you prefer the original above or the cover version we had @ #25 .... comments anyone?
posted by Dirk at Sunday, June 02, 2013 4 comments: