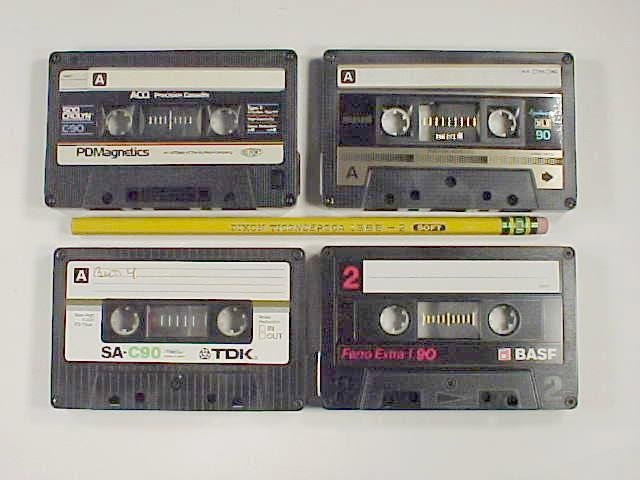 here we go with the third part of the 'My Peel Tapes' - series and I do sincerely hope some enjoyable stuff will be there amongst it for you:

(13-1) Green On Red - 'That's What Dreams' (mp3). From their third album 'Gas Food Lodging', recorded in Hollywood in 1984, released the following year on Torso Records from the Netherlands. Chuck Prophet and Chris Cacavas are names which ring a bell, right? Green On Red homepage: here.

(13-2) Jilted John - 'Jilted John' (mp3). Well, if you don't know this little gem from 1978, I will have very much to explain to you. You better read the full story behind this absolutely classic 7" on Rabid Records here. One of my all-time favourites, that's for sure!

(13-3) The Go-Betweens - 'Draining The Pool For You' (mp3). Originally on the 1984 'Spring Hill Fair' - LP, a record which I once owned but I think lent to someone and never got back. But I still have a useful Go-Betweens compilation, a double-LP in fact, called '1978 - 1990', where the track can be found on: amongst other goodies, of course: ideal for Go-Betweens - beginners, if such creatures exist ....

(14) The Loft - 'Up The Hill And Down The Slope' (mp3). Their second 12" on Creation Records, released in 1985 and the follow-up to [the also brilliant] 'Why Does The Rain' from the previous year. The Loft weren’t around to see where that path they had worn ended up, amidst an infamous break-up in 1985. The Loft split onstage at The Hammersmith Palais, London as Peter Astor walked off stage prior to the final song of the night, perhaps one-upmanship on the others. I also have two solo albums ('Paradise' and 'Submarine') by Peter Astor, the lead singer: you will rather easily find them in the 'cheap stuff bin' at your local record store, a shame really, 'cos they're worth hearing.

I hope you enjoyed this little episode, just let me know if this was the case, please!

Back from work and a bloody awful day it was, that's for sure! But who cares, now it's fun time ... with the second part of "My Peel Tapes". Enjoy:

(9-1) The Normal - 'Warm Leatherette' (mp3). The first record to be released on the Mute Label, a 7" in fact, from 1978. The Normal actually were no-one else but Daniel Miller, founder of Mute Records.

(9-2) Abbreviated Ceiling - 'Party Line' (mp3). From a 4-track 12" on Fountain Of Youth Records, the first track on side one being 'DWI', which leads me to believe that the records heads under 'DWI', that's if you want to have a look for it on ebay or elsewhere. From 1984. Abbreviated Ceiling played the 1980 Unheard Music festival (Minor Threat's second gig) and plenty more around the D.C. scene, though they'd broken up long before Fountain of Youth released their 4-song 12" (where they're backed by Tommy from Black Market Baby). Guitar/vox Kendall Reed: " 'DWI' was composed -I swear this is true- in the drunk tank of the Fairfax County jail after I got picked up leaving a Black Market Baby show, Halloween 1980. The chord progression is an alphabetic substitution code for the letters D-W-I -in the Fairfax tank, you have to make your own fun!" Kendall went on to Please Between, while partner, bassist/vocalist (and photographer) Charles Steck joined the Velvet Monkeys.

Well, I wonder: is it a bad thing to steal a brilliant idea from another blog and use it for yourself? You judge and will let me know. But whatever you say, I will do it nevertheless ...

The mighty JC , mastermind behind The Vinyl Villain will turn 45 in June. Before this is achieved he will post his favourite 45 7" singles (which all run at 45rpm ... you get the idea, right kids?): have a look here to read the full story. I'm absolutely sure that every single track will turn out to be a gem. And I thought to myself: why do not do the same? But then again: I will turn 40 in June, not 45. So I will have to wait another 5 years to do exactly the same thing. But in the meantime I came up with this:

When I was 16, I started to tape nearly every edition of John Peel's Music on BFBS on my cheap stereo and whenever I had some money I would hitchhike to town to get hold of the stuff John played the other night. Quite a lot of brilliant records came together since BFBS decided to sack John in the late 90's, as you might imagine. I will now pick a tape, choose my favourite song from each side and play it to you. This I will do in chronological order (i.e. I will start with the first tape I ever made), although this won't automatically mean that the specific track I've chosen was actually released when I taped it. Most of the times this will be the case though.

Of course I will try to find some background information and/or further links to the bands' sites, if available.

perhaps it's a bit too early to wish you all Happy Easter (I assume this should not be done before Monday, right?), but I don't care a great deal: the main thing for me is not the Christian background, it's more the fact that I have 4 days off in a row, ha ha .... so: Happy Easter to everyone of you and I hope you enjoy your free time as much as I do!

It's rather easy to find appropriate tunes for Christmas, but for Easter? Hmmmh ... this one would be okay, I think ... at least it would be on Monday.

And if I were a DJ, I would have played it for the mighty Crash out of the fantastic Pretending Life Is Like A Song - blog. Crash has decided to keep the blog on halt for the time being, because he has to sort out things in real life. Crash, all the best from my side! The blog is already completely defunct, as you will have spotted perhaps, but if you have a look at the old editions of the Contrast Podcast (link), you will be able to hear Crash's enthusiastic introducions to brilliant tunes of his own choice. Do it every once a while, I can only highly recommend it: there's a wide wide range of fantastic music to explore, this, of course, in combination with interesting and sometimes even weird intros from very nice people all over the world. Thanks to Tim Young, the mastermind behind it all! Tim, enjoy your holiday and I hope you will be back soon, relaxed and ready for more great Contrast Podcasts!

Crash, Tim, this is for you, mates: Galaxie 500 - 'When Will You Come Home?' (mp3). Taken from the fantastic 1989 LP 'On Fire' on Rough Trade: not only is the entire record absolutely awesome, also the sleeve notes, written by Kramer, are hard to beat.

Thinking of it, having chosen this track might leave the rest of you under the impression that I miss the two guys for other reasons than their great work. This is not the case, and so, in order to proove that straightaway:

As you will have spotted, I totally lost the Easter thingy by now ... and it's hard to come back to the intended topic. But who cares, ey? So therefore here are just some more tunes you won't hear all that often. Sit back, have a bottle of red wine and enjoy some Ska. Then again: dance, if you want to. It's all up to you ....

Prince Buster - 'Time Longer Than Rope' (mp3). Taken from a very useful compilation, which I picked up in Kingston on my first trip to Jamaica: 'History Of Ska Vol. 2 - The Golden Years '66 - '69' on Studio One Records.

Sound Dimension - 'Soulful Strut' (mp3). It's always hard to tell when those Ska tracks were first released. 1969, I would guess here. You can find it on the excellent 'Studio One Soul' compilation on Soul Jazz Records. Perhaps it's even still available from their back catalogue ....

Hopeton Lewis - 'Take It Easy' (mp3). Again this is taken from a Soul Jazz compilation, this time from '300% Dynamite'. Originally released in 1966?

Melodians - 'Rivers Of Babylon' (mp3). From 1970. Now this a tune that is frequently being brought in connection with religion, right? A nice excuse to use it as the final track for this Easter Song Parade.

Again, relax, people and spend some time with your loved ones. And if you find the time to leave a comment: do so. I would be more than pleased!

I just deleted the whole post by mistake whilst trying to remove a photo. Bugger!

And I'm too bored to do it all again.

welcome to the second part of 'Bands From Glasgow' ... and I'm curious to find out whom JC danced with this time *smile* .... read his great comment on Pt. 1 and you will understand what I'm talking about ...

BMX Bandits. Favourite track, although, to be a absolutely frank to you, I don't know a great deal of their work alas, is 'Kylie's Got A Crush On Us' (mp3), a 12" from 1993. Notable: the singer, Duglas T. Stewart, once was in a group together with Frances McKee out of the fantastic Vaselines.

Camera Obscura. Favourite track, a 7" from 2004, is 'Keep It Clean' (mp3). Notable: see Belle & Sebastian: also Camera Obscura haven't done a single bad thing over the years, have they?

Lloyd Cole & The Commotions. Favourite track is 'Andy's Babies' (mp3), which was on the B-Side of the 1985 'Perfect Skin' - 12". Notable: I really honestly do think that if you haven't heard their brilliant 'Rattlesnakes' - LP, your life is somewhat incomplete!

Del Amitri. Again I must admit I don't know much about them nor do I know many songs. Therefore this is not my favourite track, but 'just one I know', which doesn't mean it's bad: 'Some Other Sucker's Parade' (mp3) from 1997. Notable: obviously nothing.

Delgados. My favourite track is the Peel Session version of 'Under Canvas, Under Wraps' (mp3) , recorded in 1996. Notable: they got their name from Pedro Delgado, a Tour de France winning cyclist ....

Franz Ferdinand. Favourite track is 'Jacqueline'(mp3) the opener from the 2004 album 'Franz Ferdinand'. Notable: I know people say they are the best thing since sliced bread, but believe it or not: I never cared for them a great deal ....

Enough for tonight, my beauties ... and perhaps I'll find the time tomorrow to continue.