the sexiest woman in rock? To the five readers this blog has this certainly isn't bloody Tina Turner, although media tries to make you believe exactly that since 50 years!

No, we stayed young - well, only at heart, because, at least so I assume, our bellies and our thin hair don't make us look young at first sight nowadays. Perhaps that's why we still are deeply and profoundly in love with some of rock's hottest women, and I mean real hot! They started playing with their bands some 20-25-30 years ago and - unlike us - they have aged well, all of them ... must be their rock'n'roll lifestyle, surely!


When we were younger, they by and large were our age, so young and innocent. But contrary to us - having boring 9-5 - jobs and/or studying some nonsense - they already fronted a band. Which of course was waaaay cooler than everything anyone of us did back then. We admired them for what they did, they way they acted and we admired the racket they made. We admired what they said in interviews and we did our utmost to go and see them playing live, whenever we had the chance to do so. Yes, we also admired their good looks and in our dreams, we ... I mean, hey, we're male, so do you really expect anything else than that?

So what are the best bands led by awesome looking rock godesses? If you ask SA, it's Garbage, because of Shirley Manson. If you ask Charity Chic, it's Bananarama, because of Siobhan Fahey. If you ask JC, it'll doubtlessly be Altered Images, because of Clare Grogan. If you ask Badger, it's Mazzy Star, because of Hope Sandoval. If you ask Brian, it's Lush, because of Miki Berenyi. And if you ask Robster, it'll be all of the above plus an extraordinary number more, because our Robster is a man of taste, that's what he is!

So hopefully over the next weeks or so I will find the time to make further investigations and try to sort out some more bands in addition to those mentioned above, start a little rambling about them and add one or two tunes of theirs. Any suggestions are - of course - more than welcome here!

So, without further ado, let's start with a personal favourite of mine: Galaxie 500,  whose bass player and part-time vocalist was the outstandingly cute Naomi Yang, pictured in all of her glory here: 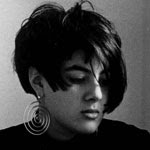 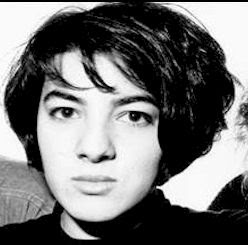 Now, some explanation: those pictures don't even show halfway how cute Naomi really was in real life, but it were the best ones I could find. And, believe it or not, I'm some kind of expert on Naomi, because I once stood right beneath here for half an hour at a gig in Germany in 1990, where Galaxie 500 were on one bill with James, Einstürzende Neubauten and others. I think it was James we watched together, but I cannot vouch for that these days as I was in a state of shock because of Naomi's presence. Literally we only stood about 30 centimeters away from each other, when suddenly her left hand slowly started caressing my  ..... no, I made that up, of course: the distance was true though, but nevertheless I did not manage to speak a single word to her in all of those 30 minutes. 'What a poor loser', you might think, and of course you'd be perfectly right!


The tunes? Well, neglectable, I hear you say! But we all know good looks ain't everything in life, so please enjoy:


So, I do hope you liked my choice for today and - to quote Jez from the ever wonderful 'A History Of Dubious Taste': more soon!