I hope this little something finds you well and in good shape, I, personally, can't complain, although, as usual, time on me own is rare these days for reasons well known to you all by now, I would think.

Nevertheless yesterday afternoon I used the time I spent together with Little Loser (two an a half years by now) very well, so much so in fact, that I forced him to choose six records out of the collection. Normally I would have expected him to tell me to bugger off, but no: we had one of these very rare occasions in which he promptly did what I asked him to do, believe it or not, so there you are!

Although this is part three of the series, means I did it before (obviously), I was inspired to do it again yesterday by London Lee, who does the same thing with his son in his wonderful blog, 'Crying All The Way To The Chip Shop'. He calls it 'Junior Choice' and Junior seems to have a splendid taste, that's for sure.

Now, in order to create more space for Mrs Loser's unbelievable amount of silly nonsense, I recently was forced to rearrange the shelves on which my records were and I had to store them in a different place, a much smaller one. This meant less room altogether, the conclusion was that I had to give up seperating full length albums from 12" singles and compilations: everything is now filed in alphabetical order, regardless of the format. Apart of the 7" singles, obviously, those are in two different boxes on their own.

Little Loser, in his own strange wisdom, managed to trace 12" singles only (plus one compilation, I admit), but no albums at all. And, most curiously, the bulk of them are from 1987. He is a strange kid sometimes, let me tell you.

Okay, enough of that, here's what he found: 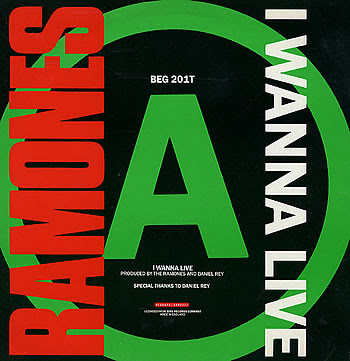