"I've Always Been A Sucker For Compilations" ... Part 1

and yes, indeed I am and ever have been! I dunno why this is, to be absolutely frank to you, but you wouldn't believe how much money I spent on compilation albums in the last 30 plus years. Perhaps it's the thought of getting a great variety for more or less small money, a thought which cannot be fully neglected at the very least.

However, looking at what's left of my compilations, I thought I start with a new series, which might or might not be continued here on Sexyloser: my compilation albums, as picked by Little Loser.

'Daddy, do I have to close my eyes again", he asked, and I said "yes, son, you better should or they'll accuse you for not being objective enough". From my chair I couldn't really see whether he did so or not, but he immediately came up with the above, the thickest - and pinkest - record in the collection. So I strongly doubt whether his eyes were at all closed, but that doesn't matter, because he's five and cannot read anyway, so let's pretend this to be a fully random pick:

"La Vie En Rose" was - and still is, I suspect - a double LP label - compilation on pink vinyl from New Rose Records from Paris, France from 1985. It comes in a thick pink cardboard gatefold box, so perhaps this is the reason why Little Loser picked this one and not another one.

I remember buying this record when it came out at the mighty Plattenbörse in Aachen, back then t.h.e. record shop to go to. Also I remember that I struggled for a few weeks whether I should buy it or not, because it wasn't the cheapest of offerings, that's for sure.

Today, of course, I'm glad I did, as you will be able to confirm when you listen to the tunes I chose for you. The rest of the album is not too shabby either, but the songs below are top nutch. As you can tell, I also seem to be a sucker for a neat cover version ....

New Rose Records always were a strange beast, being active from 1980 to 1994 they managed to gather a grand variety of artists, mainly post punk/gothic/cold wave bands, but also bands that were into genres you wouldn't normally expect to get along very well with the aforementioned "punky" bands. But their strange combinations worked out apparently and the label created some real gems!

As I said, I still like this record a lot, a much treasured item. Here are some of the tunes for you to enjoy: 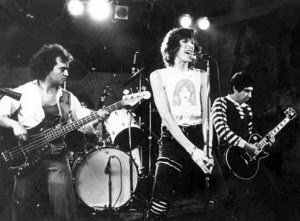 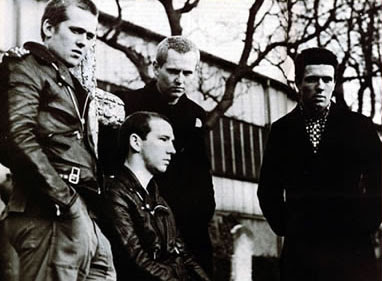 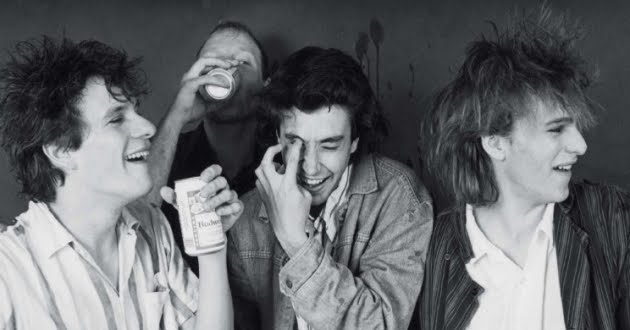 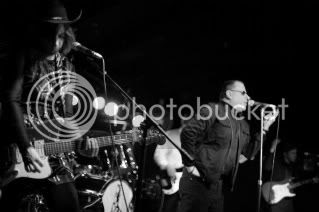 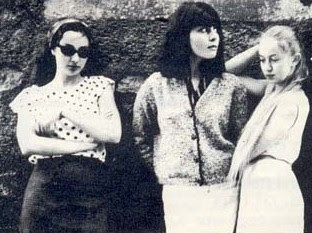 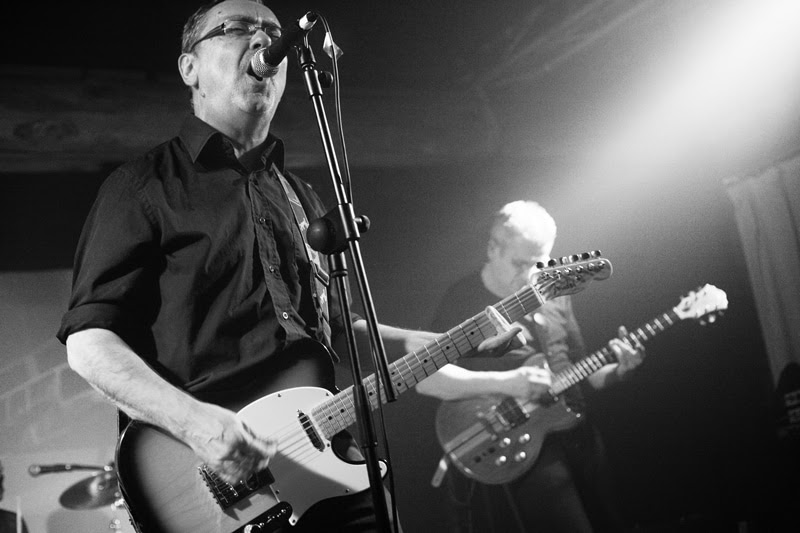 Top stuff, as I'm sure you agree! And isn't "Charles De Goal" a wonderful name? Especially now that Germany is Fussballweltmeister once again?


Edit 14.08.14: Steven from Belgium wanted to hear Desperate Dave's contributions to the album as well, apparently he is a guy with an appetite for the bizarre .... either way: here you are, Steven: 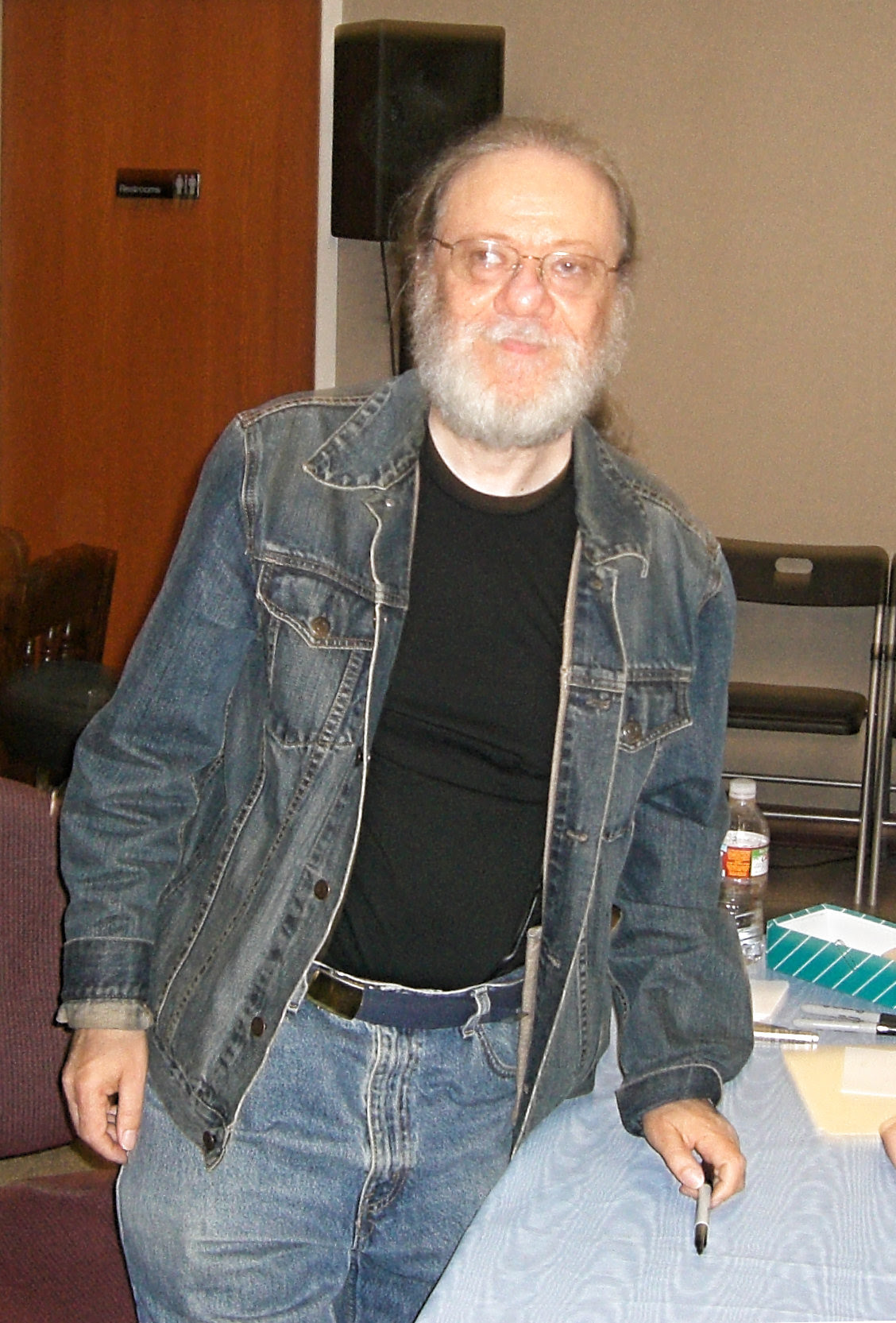 
the last of the four horsemen, the mighty Tommy Ramone, their orginal drummer, passed away yesterday, I just read.


He remained with the Ramones from 1974 to 1978, playing on and co-producing their first three albums, Ramones, Leave Home, and Rocket to Russia, as well as the live album It's Alive.


He was replaced on drums in 1978 by Marky Ramone, but handled band management and co-production for their fourth album, Road to Ruin; he later returned as producer for the eighth album, 1984's Too Tough to Die.


Also (yes, call me pedantic, if you want) I have to mention NYC 1978, which was released by King Biscuit Entertainment on August 19, 2003 as part of the King Biscuit Flower Hour Archive Series.


Tommy served as the drummer on this recording and left the band soon afterwards, so in fact this was his last album as the Ramones' drummer.


Some bloody cancer thing took the man away, aged 65. The Ramones, after The Clash, were the band that mattered most to me in me life, so hearing that the last of them now finally went away from us as well really made me shiver.


Here's a song from each of the albums mentioned above. Enjoy.