my 200th post, and who would have though this back in September 2007? Not me, that's for sure! Of course 200 posts are nothing compared to the likes of JC, Swiss Adam and/or Drew who post on a daily basis for years and years now without any fail ... quite astonishing to me!
Little Loser's Lottery it is again, because, judging from the comments, this series seems to have struck a chord with some of you. It certainly has with me, because in some perverse way it makes me rather proud when the little shunshine drags out beauty after beauty from the record collection.

This time he had to have a go at the box where the singles A to K are in, these are the five he came up with, with closed eyes, I should add: 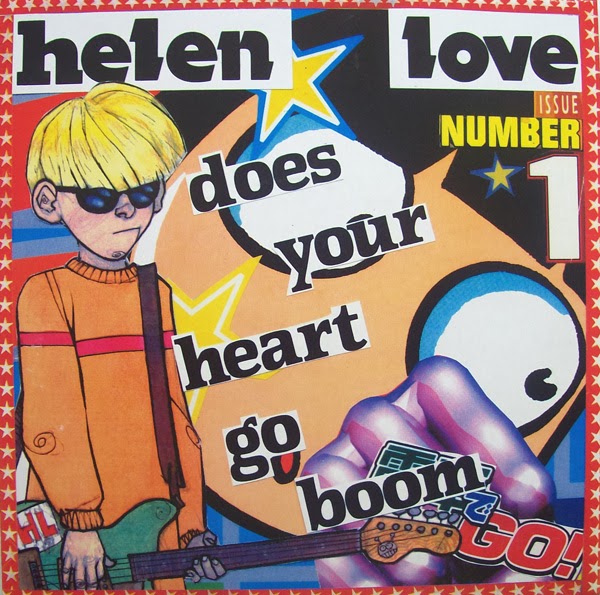 Helen Love - 'Does Your Heart Go Boom' (mp3)
From 1997 on Chè Trading. He seems to have a soft spot for Helen Love, because he chose one by them in the previous part of the series. Nothing wrong with that, of course! (Still) going strong since 1993, as far as I know, and Joey Ramone will always be in their hearts! 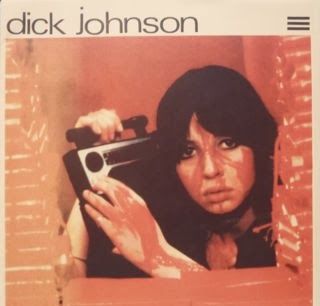 
Also from 1997, but on Guided Missile Records. Haven't heard that for a long time indeed, and rather good it is, too. Nice choice! If someone knows which Dick Johnson they had in mind when choosing the band name: answers on a postcard, please! 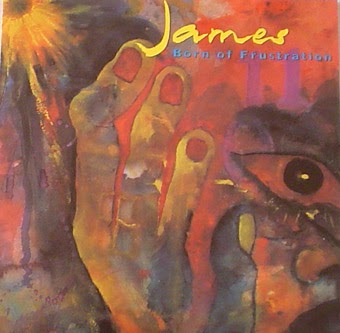 
Fontana Records, 1992. Another winner, that's for sure! Quite an underrated song of theirs, I always thought, people made the mistake to compare it too much with the magic that 'Come Home' and 'Sit Down' brought. Not very clever perhaps, because 'Frustration' is a neat song indeed! 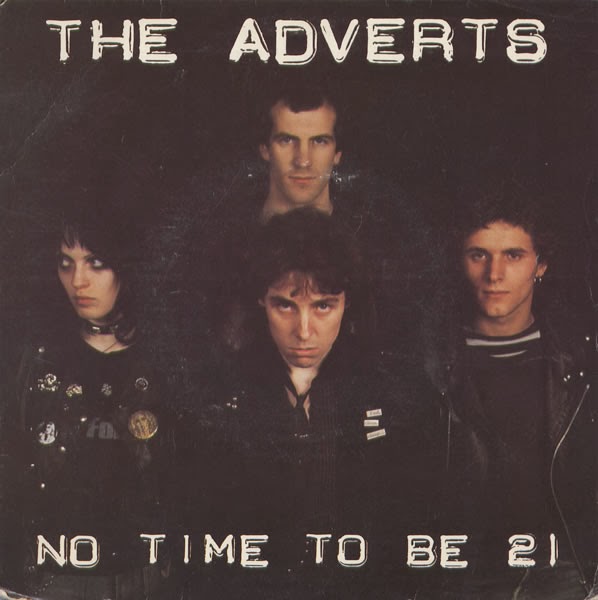 
A somewhat more antiquated pick and - again - nothing wrong with that! On Bright Records from 1978, a total classic! Their fourth single and - again - quite underrated in my books (ask 100 people for a song by The Adverts and 99 will come up with 'Gary Gilmore's Eyes'. Also: ask 100 people for a member of The Adverts and 99 will come up with TV Smith. No-one will ever name Gay Advert, although she really was dead cool ... and enormously attractive (in a bizarre/punk way). 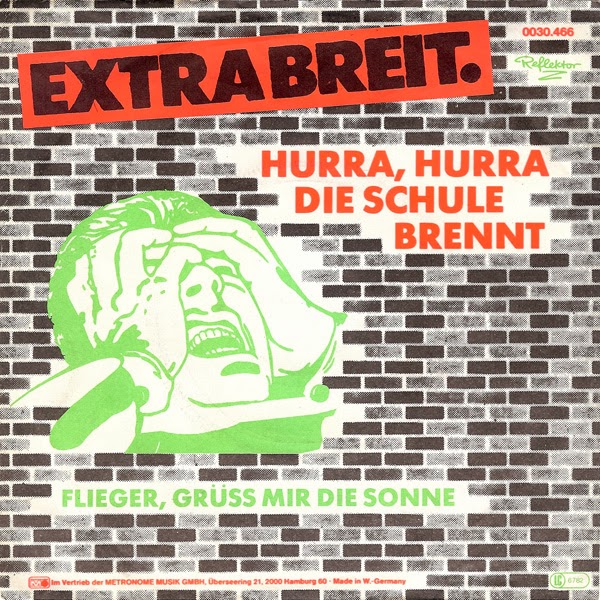 
Another fantastic choice, one of the very few records out of the Neue Deutsche Welle which has stood the test of time. On Reflektor Z from 1981, although originally issued one year earlier, with the B-Side (to this) 'Flieger, Grüß' Mir Die Sonne', being the A-Side. The better tune, if you ask me, but this is A-Sides only, so there you are. I remember this record caused quite some trouble back then because people thought the kids would take the title literally (it translates as 'Hooray Hooray The School Is Burning'). No German school was set on fire though, at least as far as I know. I must say that after listening to it again after all those years I'm still fond of the singer's (Kai Havaii) voice ... what a guy! One of the very first bands I saw play live, more or less exactly on this date 29 years ago, on 18.02.85, along with The Bangles and The Times.


As usual, please let me know what you think, so that I can pass on your feelings on to Little Loser. He always seems to be rather proud when I tell him that someone from a different part of the world had some enjoyment in what he picked.

So leave a comment and make him happy, he deserves it 'cos he picked some great tunes again!

regular and frequent commenter The Robster now has a blog of its own called 'Is This The Life?' ... and it's really really good, so check it out here:

Judging from the first three posts on "Is This The Life" I'm looking forward to read more soon! Cleverly written, great music and the first blog I have ever seen which has footnotes ... now, how cool is that?

Keep up the fine work, Robster!

﻿
Hello friends,
on the weekend I ordered Little Loser into my office and forced him to pick ten 7" singles out of  two big boxes. He immediately started searching for cool coloured sleeves and I made clear to him that this special job had to be done with closed eyes ... which he by and large managed to do.
Here come his choices and they are very fine (and interesting) indeed. At least in my humble opinon.
Enjoy, enjoy and please let me know what you think (so that I can tell him): 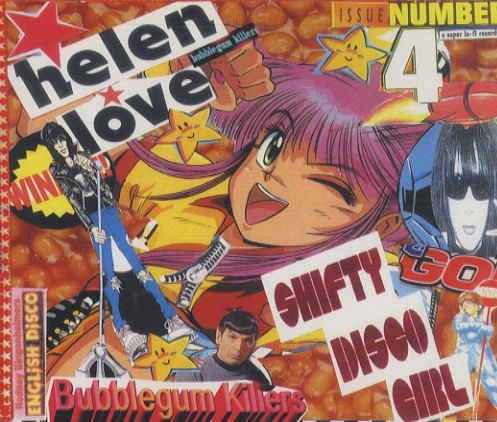 Jeez, I do love Helen Love and this record is good throughout. Then again nothing beats their 'Girl About Town': if you don't know this tune, get hold of it now! 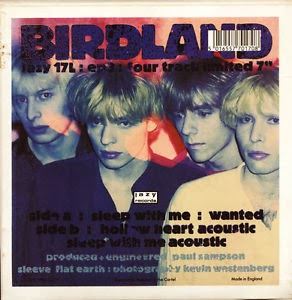 Comes in a stiff cardboard sleeve, marginally bigger than a regular 7", that most likely is why Little Loser decided to pick it: and why not .... Birdland were not too shabby back then and I think I have to listen to their debut LP again soon ... 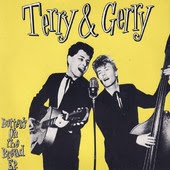 Another very fine record, albeit a bit special perhaps. But it has one of my all-time favourite songs on it, 'Wait Until You're Older' ... a mighty tune!! 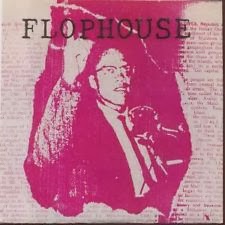 Great stuff again, although very badly produced: you really have to turn the volume up here, so much so that Audacity couldn't really manage the rip properly. Blame it on my crap soundcard! 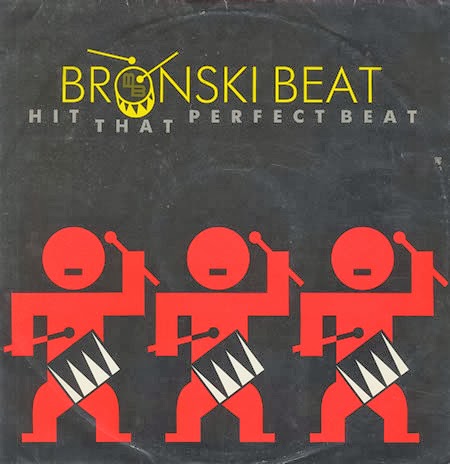 Okay, not every one can be a winner, right? How this managed to land in my collection, I simply don't know: perhaps it belongs to my wife and I didn't file it properly (= bin it straightaway). Then again, listening to it again after several decades whilst ripping it made me realize why it was such a massive hit back then .... 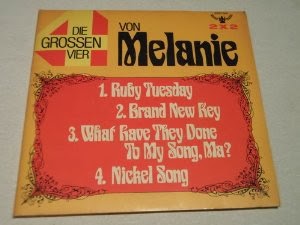 
Another questionable choice and another one where I don't know where the record comes from. Listen to it and see what you make out of Melanie's version of the Stones - tune ...

Dead cool stuff, which has to be played good and loud as well: I wish I'd get me hands on more records by The Cateran one of these days!

Hadn't heard this for quite a while, too, thus: thank you, my son, for picking it! I must say on the evidence of that I never wasn't all too furious when the break-up of The Jam was announced. Also I never had great difficulties in understanding not to compare the two bands.

A single from 1996, the songs were previously unreleased. What a shame, because their are brilliant! The B-Side is even better, here Bunker sings (completely out of his head) whilst being accompanied by Link. But it's A- Sides only today, so there you are ....

The Clash - 'Train In Vain' ('79)
Released in 1991 in order to promote the 'The Singles' - collection. Astonishingly enough this had 'The Right Profile' on its back ... a strange choice, rather brave I would think!
So what do you think I can tell Little Loser? Personally I think he did a fabulous job (again) and I'm willing to have a small bet that some of you might think I made this up ... let me tell you that this is totally untrue, he picked them all by himself!
Cheers,
Dirk﻿
posted by Dirk at Monday, February 10, 2014 5 comments: 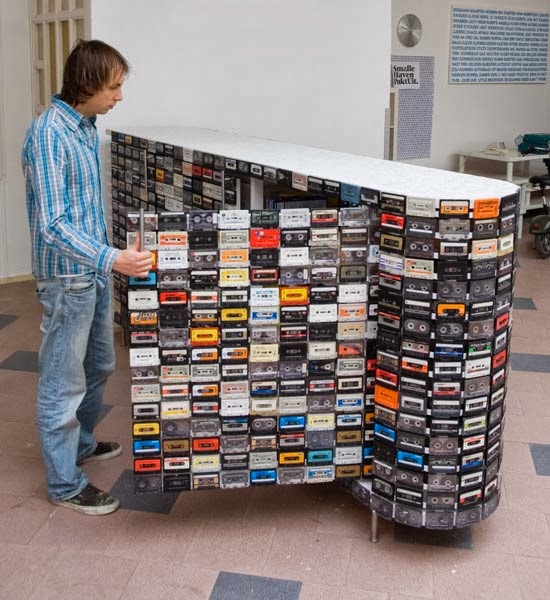 'you've been crying now for much too long - and now you're gonna dance to a different song' to mis-quote The Damned ... without further ado here's another one of those old Peel tapes for ya ... quite white I always end up with the 1985 - stuff I don't know ... it simply gives me great pleasure, this year. Hope it meets with your approval as well!


Business as usual: as a folder (here) or in the mix (here).

Enjoy, enjoy and let me know if you did or not!