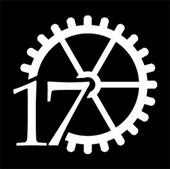 Hello my beauties,
yes, yes ... quite a while since I last found the time to post a little something here on Sexyloser and I hope you will forgive me. It was not just pure laziness, let me tell you, no, in fact only the parents of you will be able to imagine how hard it is to find a few minutes of spare time for yourself when there is a baby in the house. But I won't complain, never!
Okay, I recently got a note from mighty Ed, who does the fantastic 17 Seconds - blog. 17 Seconds always has been an inspiration for me (along with J.C.'s The Vinyl Villain), therefore I won't hesitate to tell you some news which some of you might already know, but I'm sure there are others who don't. So listen up:
Quite some time ago - in addition to the 17 Seconds - blog - Ed has launched a record label, 17 Seconds Records. He works with some fabulous artists, and I want to draw your attention to two of them today:
X-Lion Tamer come from Edinburgh and those of you who can define exactly what the sound they make reminds me of will win a night out with me on my expenses (drinking only, no sex).
I listened to a few of their tunes over and over and I can't make my mind up. But perhaps it's all new and I'm totally wrong when trying to compare it to something I might have heard before. Then again they must have their influences, right? But whatever those might be, the stuff they make is rather brilliant. Listen to this, for example, see what you make out of it and note that X-Lion Tamer's first EP 'Neon Hearts' is out now in the UK.
X-Lion Tamer - 'Life Support Machine' (mp3)
They also do a great version of Galaxie 500's 'Tugboat', but because I don't want to destroy any 17 Seconds Records marketing strategies here, I won't post it. Get hold of it by yourself and buy the record, people! If you are unsure where it might be available, get in touch with Ed at seventeensecondsblog@hotmail.co.uk, okay? Here's X-Lion Tamer's myspace - site for even more information.

Secondly we have Chris Bradley, who basically is one fifth of Aberfeldy. Here's his myspace - site. Ed send three of his tunes over to me to listen to and I would have loved to post 'Bored Little Rosie', because it simply is outstanding. But as it is available as a download single, I won't do it, so instead here's a different one, wonderful as well:
Chris Bradley - 'Golden Girl' (mp3)
Last year Chris Bradley released his debut album 'Voices', which 17 Seconds Records will be re-issuing in 2010. His new album, tentatively titled 'Go On, My Son' will be released in November.
Well, I hope I made you curious enough to check out more from these artists, friends.
Let me tell you what you think, ey?
Cheers,
Dirk