for a starter: apologies for the recent lack of posts on this site, but Little Loser heavily demands attention all the freakin' time! He either sleeps or shits, but inbetween he wants us to play with him without any break at all .... and of course we are more than happy to do so. This of course means that I rarely find the time to make up my mind in order to post some more clever stuff on Sexyloser. Nevertheless I stole myself away, so please find my favourite tunes from 1990:

Sloppy Seconds - 'I Don't Want To Be A Homosexual' (mp3). Sloppy Seconds is a Ramones-influenced punk band from Indianapolis that started in the mid-1980s. With such underground hits as "Come Back, Traci" (a tribute to an underaged Traci Lords), "I Want 'em Dead", and "So Fucked Up", the band prefers to sing about TV shows, comic books, alcohol, being fat, and getting drunk. They have been quoted as being proud to be fat, drunk, and stupid. Their name is the slang term for when a man has intercourse with another person who already has received another man's semen in the relevant orifice.


I stole that from Wikipedia, I must admit, but I like it very much ... being fat, drunk and stupid myself at times. Can't tell much about the explanation of the name though ... at least I hope I can't .... certainly not knowingly ... but you never know, ey? Jesus!!! Aaaanyway: the track above was released on a 7" on Toxic Shock Records from the USA back in 1990. And very fine it is, to be sure.

Let me point out, please, that I have no prejudices whatsoever against homosexuals: it's just not my cup of tea, that's all.

The Pixies - 'Monkey Gone To Heaven' (mp3). Not the original version of this classic tune from 1988 for you folks, but one recorded for the BBC - Mark Goodier show on August 18, 1990, first transmitted August 20, 1990. Not very much different to the original, you might argue - and you would be right - but I like it very much .... and I hope you do so as well. One of a whole bunch of Pixies' tunes on a compilation on Elektra, issued in 1998 and taken from various BBC - sessions the band did over the years.

If you ever - like I did - wondered what this "man is five, devil is six ..." - stuff in the lyrics might possibly be all about, here's some more or less helpful explanation from Black Francis himself: "It's a reference from what I understand to be Hebrew numerology, and I don't know a lot about it or any of it really. I just remember someone telling me of the supposed fact that in the Hebrew language, especially in the Bible, you can find lots of references to man in the 5th and Satan in the 6th and God in the 7th. [...] I didn't go to the library and figure it out" 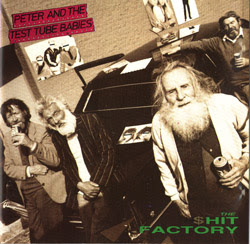 Peter & The Test Tube Babies - 'Love In The First Degree' (mp3). And yessssss, friends, finally Sexyloser goes Stock/Aitken/Waterman ... well: quite. As you might imagine, Peter and his Test Tube Babies give the 1987 Bananarama tune a good kick in the ass, which makes it become one of my faves from 1990. Taken from an album on Rebel Records called 'The $hit Factory'.

The Lemonheads - 'Different Drum' (mp3). I like it when they do cover versions and this is a very fine example: originally performed by Linda Ronstadt, albeit written by Michael Nesmith (out of The Monkees). It appears on a 12" EP called 'Favorite Spanish Dishes' (mine is calamary in a garlic/tomato sauce by the way: dunno if this is typically Spanish though, but I used to eat it frequently when being in Spain .... but I digress, sorry), released on Atlantic Records in the June of 1990 ... 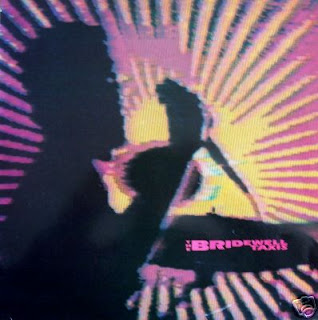 The Bridewell Taxis - 'Honesty' (mp3). This is the third single from Leeds' Bridewell Taxis: I have always loved them, each of the three records ('Just Good Friends' ('89), 'Give In' ('90) plus the one above) is purely awesome and I recommend to buy them all as soon as you possibly can! A 12" on Stolen Records ... from 1990, as you might already have gathered.

That's it for today, dearest friends .... as usual I sincerely do hope you liked what I chose: leave comments, please, to tell me whether this was the case or not!

Have fun and enjoy,

some of you might already know about it, others may not: a few weeks ago Mrs. Loser and me finally managed to adopt our son (who was delivered to us on February 19th). Little man is six months old today and he is - you may well believe me - a bundle of joy, there is no other way to desribe it. But also, as you might imagine, he needs to be watched all the freaking time and when he finally decides to sleep, Mrs. Loser and me do the same within a second. Nights are short and days are long, but I won't complain! Nevertheless this means that I rarely find the time to work on this site these days and I hope you forgive me for that, friends!
Either way: yesterday I dragged him upstairs to the room where my records are and forced him to do his first Little Loser's Lottery: the first record/CD on the shelf he pointed at with his cute little fingers I pulled out in order to play to you. Although he grinned foolishly all the time, I think he did a pretty admirable job and showed excellent taste ... as you might be able to confirm after having listened to this:

[2] from the Singles - shelf: The Levellers - 'The Julie E.P.' A four-track 7" in clear vinyl (always nice, but sound-quality-wise rather disturbing, I always think). I chose their version of The Clash's 'English Civil War' (mp3), one of the songs on the B-Side. The record is from 1994, on China Records.

[3] from the Compilations - shelf: 'One Pound 99'. Now, this is a 1985 Beggar's Banquet compilation with rather a fair amount of goodies on it. Not easy to choose which one to play (Love & Rockets' 'Haunted When The Minutes Drag' is as good as Hank Wangford's 'Never Wear Mascara (When You Love A Married Man)' ... I went for this one: The Ramones - 'Bonzo Goes To Bitburg' (mp3).

[5] from the CD - shelf: A very useful thing this is and I picked it up years ago in a bargain-bin for a few cents: a 4-track-CD called 'Classic Tracks', I have no idea what label it is on, but it seems to be one in a series of CD's that bring together some quite astonishing tracks ... tracks that the editors regard as being 'classic' in one form or another. On it you'll find Nicky Thomas, John Holt, Ken Boothe and - my pick - the fantastic 'Hurt So Good' (mp3) by Susan Cadogan. A real corker in mono, friends ..... and one of my favourite songs ever!
Well, I hope Little Loser found tunes for you all to enjoy. For me he did his job perfectly well and I hope to be able to convince him to pick more records in due course!
Have fun,
Dirk
posted by Dirk at Wednesday, March 11, 2009 6 comments: 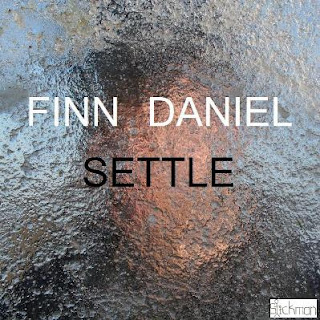 Dearest friends,
I must apologise that it took me nearly one month to present this little gem to you. Back in February I received an email from a Finn Daniel of Leamington Spa of all places, who - very politely - asked whether I would mind to post one of his songs on Sexyloser. Well, Finn, as I wrote to you earlier on: I'm more than pleased to do so, because the song is a clear winner in my books. 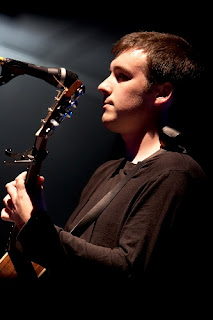 Finn Daniel: 'If I Get Good' (mp3)
The tune is taken from Finn's debut release, an EP called 'Settle', released on his own label, Stickman Records.
I strongly recommend that you visit Finn's site if you have a minute, because as well as more information about him it offers more great tunes to listen to. Of course you also can get hold of the EP on the site, the adress is http://www.finndan.co.uk/
Also I pursuaded Finn to contribute to the next 'Musicians Introduce Their Own Songs' - episode on the Contrast Podcast and I have no idea what song he might possibly choose. Either way I'm convinced that it'll be as good as the one posted above: so look out for it, folks!
Cheers,
Dirk
posted by Dirk at Wednesday, March 11, 2009 No comments: