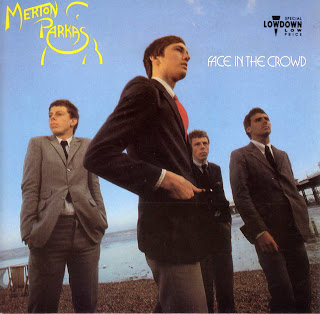 Hi there,
out of the many mod-revival bands and, as far as the clothing is to be concerned, also out of the many 2 Tone-ska-revival-crossover (if such a word exists) bands, The Merton Parkas have not stood the test of time and are not being well remembered .... or are they? I mean, I have never heard of them much in the last decades, which doesn't mean of course that most, if not all of you might still well be able to perfectly sing along with each and every song on their one and only album 'Face In The Crowd', which was released in 1979. I can only do this with "Setting Sons" and "Specials", mind you!

Either way, the album is good throughout and a grievously underrated treasure, as far as I'm concerned. This might have something to do with the fact that the Merton Parkas' lineup was Danny Talbot (vocals and guitar), his brother, Mick Talbot (keyboards), Neil Hurrell (bass) and Simon Smith (drums). And yes, that's Mick Talbot [later to be] out of The Style Council.

Dirk
posted by Dirk at Wednesday, February 29, 2012 No comments: 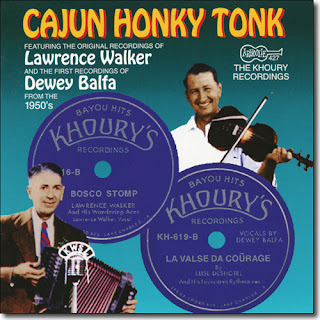 Recorded in the early 1950's, probably in Lake Charles, Louisiana, by George Khoury for his Khoury Label, we have this wonderful masterpiece, Shuk Richard's 'Le Côte Farouche De La Vic' .... and if this tune doesn't get you up your arse and make you dance at least a little bit in the privacy of the tiny corner where your wife allows you and your computer to be, then something is seriously wrong with you and that's for sure!!

Again I first heard that on Peel decades ago, but just recently found it on a useful compilation called "Cajun Honky Tonk - The Khoury Recordings". The sleevenotes read as thus: "Raw, rough, and inebriated with emotion, these cuts give you a taste of what local folks were playing for themselves, at dances, beer joints, and honky tonks, no doubt!"

No, no doubt indeed, so please enjoy:

See you tomorrow/all the best,

similarily to yesterday's post, here's to you the first ever Pavement - tune I heard, back in 1989, upon its release. I am not familiar with the entire Pavement back catalogue, I must admit, but from what I have heard so far, this one here surely is the best thing they ever did, at least in my humble opinion. (Yes, 'Summer Babe' was rather neat as well, but it didn't top today's choice).

btw.: The Wedding Present once covered that one ... and rather nicely as well!

"Desire Inside Her Crying Soul, Lost But Not Destroyed ...." 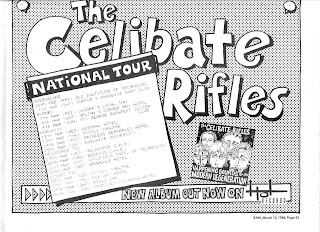 just in order to show that Sexyloser is not dead, as some of you might have thought already ... and quite reasonably so, too, here's another goodie from yesteryear, inspired by a Go-Betweens - tune which SA posted on Bagging Area a few days ago.

By the way, I will from now on try to achieve what SA manages to achieve (I really will try!!), which is to post a little something I like, just one song, not more - accompanied by a little rant - on a daily basis ... I do hope I can keep up with that: I have no chance to upload the tunes to BoxNet at work, means I have to do it when I get home from there ... regardless what Little Loser thinks about me spending time in front of the computer in the late afternoon/early evening instead with him and his toys.

Either way, today we have the first song I ever heard from Sydney, Australia's Celibate Rifles, back in 1984 - not the first thing they did though, if memory serves they started a few years earlier than that, but rather early stuff of theirs anyway - a very nice 'hommage' to a Sydney suburb and good throughout, so I hope you enjoy:)

Have fun and - hopefully - I'll have another gem for you tomorrow!