Mrs Loser, together with Little Loser are away for a few hours now (@ the neighbours, preparing food for a Halloween/Birthday party, which is going to take place tomorrow evening. I'll turn up as a mummy there, should you want to know ...).

Either way, I used the time on me own to mow the lawn (for the last time this year I hope) and then went to the computer and listened to some tunes from yesteryear. And whilst doing so I thought to myself: 'Hold on, why not share this stuff with the five blighters who occassionally read this blog?' And there you are, friends, a mixtape for you! Nothing special, just a few songs I listened to earlier today, that's it. I like them a lot, and I hope you do too.  I only used songs not dating prior to 1990, because I thought, okay, if one or two people leave comments, perhaps this gives you the chance to do another mixtape of songs from even an earlier period, the one that I like best (1976 - 1989) .... so let's wait and see, shall we?

So here's what I spent my morning with, in no particular running order ....:

Hope you had fun with that, friends. I certainly had. 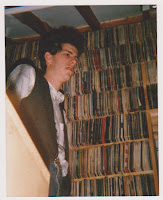 left picture: Peel & me in a London pub, 1988 or thereabouts. Jesus, look at that haircut! And, even worse, that jacket: I look like a fugitive from East Germany!!

right picture: at Peel Acres, a few days later: in the background you see a small (!) part of just one (!) of the four (!) double-sided (!) shelves where Peel stored his 7" singles in!!


yes, yes, I know: three posts within one month, so you might think 'what the hell is wrong with this guy ...  nothing happens for half a year and now he is bombing us with articles!' Be relieved to learn though that I just do this in order to draw your attention to the fact that today is October 25th!
Six years ago on this very day I was honeymooning in Jamaica, me and Mrs. Loser were driving in a hired Jeep from Negril all the way to Port Antonio, rather a hard drive because of the bad roads, but nevertheless fun fun fun ... which came to a sudden stop when reaching the suburbs of Kingston: it was announced on the radio that John Peel had died. Now, this, to date, has been the greatest shock in all of my life, I can't remember anything that hit me that hard so far. Peel had not only been a hero for me since I first heard him on BFBS back in 1983, over the years he became a true friend. Whenever I was in London we would meet up and have a few beers together and he always was friendly and honest to me. Never bad tempered or arrogant, nothing like that, never! I know this may sound rather silly for you to say, but losing him was like losing a close family member .....

Now, Webbie over at the Football And Music - blog had a brilliant idea, and I immediately decided to participate. I think the easiest will be to quote him here:

"There once was a Radio 1 led John Peel Day, but they stopped doing it a few years ago.

The day is still commemorated and kept running with various events taking place at places around Europe, but my fear is like with 6 Music this day is slowly being killed off.
We shouldn’t forget his memory and should not forget his legacy. All those bands, all the music that we discovered thanks to him.

There should be a web version of the John Peel Day, with this one being commemorated by all the bloggers, tweeters, LJ users and tumblr’s out there. If you are Facebook then please join in too.

So on the 25th October 2010 I want everybody to post a Peel Session track by any of their favourite bands.
That date, you’ve probably already worked out, is the date when we lost the great man…

This was partly inspired by JC using the same idea he had with the Paul Haig Day and I hope that he and all his fellow writers will join in to support this one."

Well, there ain't very much more to say to that, right? Apart from the fact perhaps that you should pop over at Football And Music and have a look what the other contributors have to say/post. As far as I'm concerned, I use the opportunity to play to you not one, but ten of my favourite Peel Session - tracks .... and here we go: 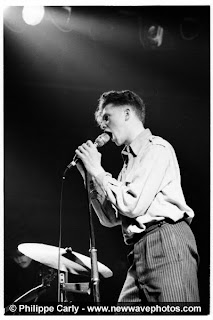 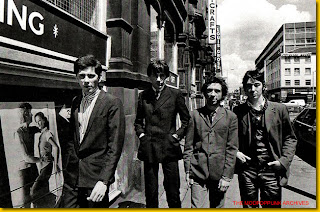 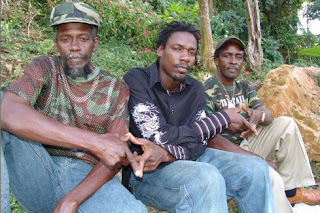 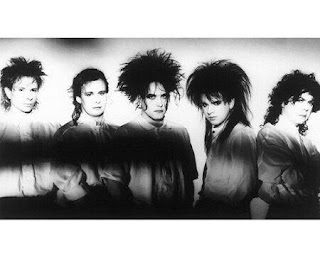 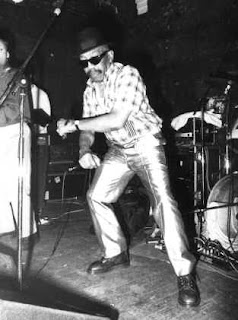 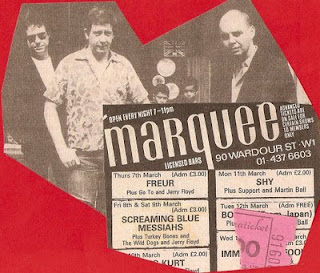 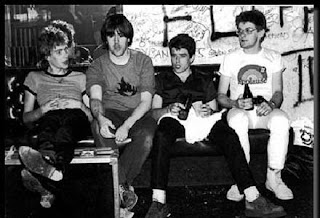 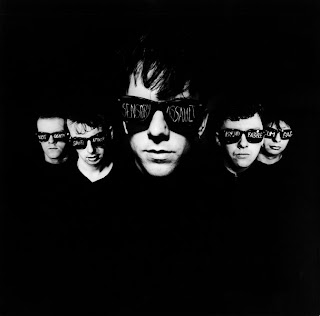 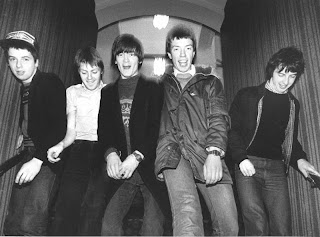 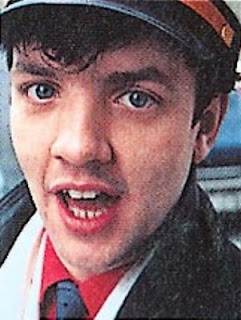 And, finally, here's the great man himself. This was recorded by the BBC's answering machine one day before John Peel died whilst being on holiday in Peru:


Webbie, again thanks a lot for your idea and I do hope that it helps us all to 'keep it Peel' indeed!
Have fun,
Dirk
posted by Dirk at Monday, October 25, 2010 3 comments: 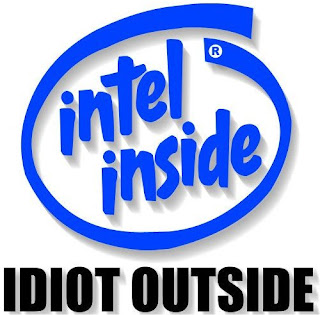 I just found out that something must have changed with the download links for the post below and also for previous posts: in the past you just had to click the yellow mp3 links with the right side of your mouse and then you were able to download directly.

If you try to do this now, you will fail. Quite why this has happened I don't understand, but either way: you now have to click with the left side, then another site will open up (in German, it's Google Groups: that's where I 'store' my music) and you can easily download from the link shown there.

Rest assured this is no spam/virus thingy ... it's safe, so just do it.