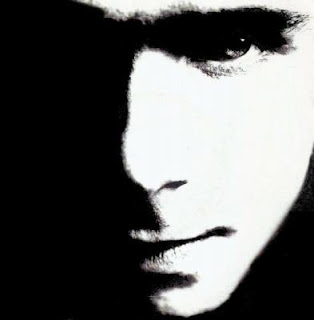 Paul Haig gave great support to a number of bloggers in the Spring of 2009 when a number of us were hit with all sorts of dmca notices, to the extent that he gave full authority for tracks from his back catalogue to be used in postings. Paul Haig Day was organised at short notice for 6th April and some 40 different bloggers used their space that day to write about his life and work.

All of this was organised by my good mate JC aka The Vinyl Villain, who runs a fantastic blog which is updated on a daily basis. I find it hard to believe myself, but perhaps there are two people in the whole wide world who are reading this here but have never visited his site. Should this be the unlikely case: do yourself a favour and go here, okay?

Back to Paul Haig: I must admit I know very little about the things he did on his own, that's after the mighty Josef K. split up back in 1981. I won't even begin to try to give an overview of all the things Paul Haig did from 1981 up to now, it would be pointless, I'm afraid. Instead you should either read this article on Wikipedia or have a look at the aforementioned Vinyl Villain on a frequent basis: JC very often offers excellent tunes and/or articles from/about Paul.

The song I chose for today is not one of his solo tunes though, not because the things he did on his own are less preferable, no, the truth of the matter simply is that I haven't listened to this specific one for quite some time, and playing it again today brings back memories of better times (1981), so 'thank you', Paul: