Dearest friends (and, of course, followers),
is this site dead?, you may have wondered in the recent past. The truth of the matter is 'no', but only the lucky ones of you who can call themselves 'parents' will be able to understand that one's free time (and this includes weekends. Especially weekends, in fact) reduces itself to zero as soon as there is a baby in the house. Which is the case in Sexyloserland for three months now, therefore I can only apologise to you for the lack of posts. But the struggle continues as far as I'm concerned and hopefully I will find myself in a position soon where Little Loser allows me to take care of you all more often. Time alone can tell when this might possibly be though ...
Either way, enough of that. The only time when I can listen to music these days is on me way to work in the car in the morning (and on me way back in the afternoon obviously). Well, this morning I drove along, the sun was shining, and - as it happens rather often - I heard a specific tune which immediately made me think of another tune. Sometimes this is because of similar lyrics, sometimes because the two tracks were released in the same year, sometimes because I bought the two records together when they came out. I'm sure you know what I'm trying to talk about here, if not, here's what happened this morning:
I was listening to this: 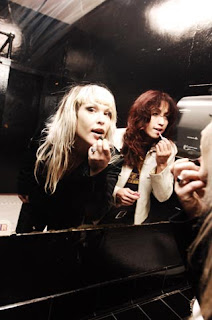 The Detroit Cobras (aka Goddesses)

The Detroit Cobras - 'Last Night' (mp3). A great 2003 cover of the Strokes' tune, featured before on this site, but that's no excuse not to play it again.I was humming along to it when suddenly all this 'Last Night' - stuff in the lyrics brought another line to mind: "Last Night There Were Skinheads On My Lawn", which, I'm sure you know, is included in the very fantastic 'Take The Skinheads Bowling' by Camper Van Beethoven. Now, only last week I heard a brilliant version of this by The Manic Street Preachers, which was new to me until Jim from Quick Before It Melts submitted it for the 'Skin' - episode of the Contrast Podcast. Great tune, Jim, thanks for having chosen it. So here it is to you all, from 1996, The Manic Street Preachers' version of 'Take The Skinheads Bowling' (mp3). 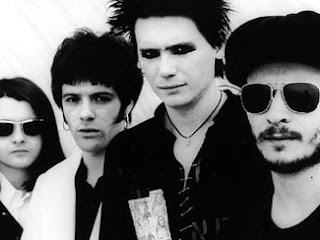 Manic Street Preachers (whom I normally don't like very much, I must admit)

The opening line in it goes "Every Day I Get Up And Pray To Jah", which made me think of another gem, something I hadn't heard for quite some time:

The Natural-Ites & The Realistics' 'Picture On The Wall' (mp3), one of the many tunes from Jamaica which praise Jah. From 1983, and a real belter for sure if you're into Jamaican stuff! 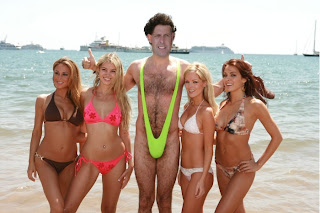 couldn't find any Natural-Ites - pictures, so instead you'll get me, captured in sunny Montego Bay, Jamaica, circa 1990.


Well, thinking of Jamaican music - more of Ska than of Reggae - another great artist came to my mind: the wonderful Laurel Aitken (okay, I know he moved to England rather early in his career, but what the heck: he's from Jamaica and the story in the song I thought of clearly 'plays' in Jamaica): 'Rudi Got Married' (mp3). This is the version he did for a Peel - session back in 1980. 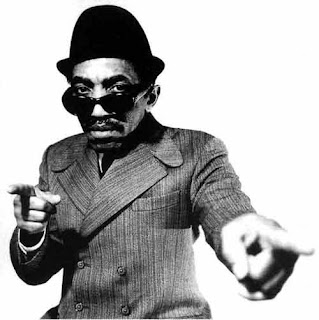 Laurel Aitken (another God, as far as I'm concerned)

Which made me think of another gentleman who got in trouble (in one form or another) with the police: the guy Cock Sparrer sing about in 'Riot Squad' (mp3). 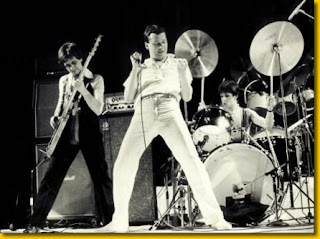 Now, this tune from 1983 was recently chosen by the mighty FiL from the mighty PogoAGoGo, again for the Contrast Podcast. It's good throughout and I must admit I seem to have forgotten over the years. So thanks, FiL, for giving me a reminder: I can't get it out of my head and listen to it frequently these days.

This is also true for the next tune and believe it or not: I have Cock Sparrer on a CD in the car together with The Indelicates' 'We Hate The Kids' (mp3) from 2006 and those two are the fucking best songs I've heard in all of 2009 ... so far. Repeat function is a very good invention indeed, I learned! 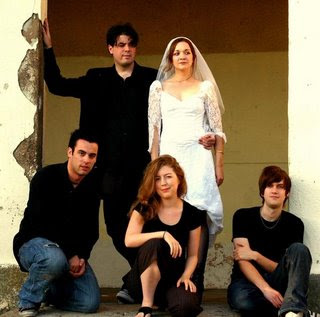 The Indelicates: a mighty band!

Now, if you listen more or less closely to The Indelicates' lyrics, you'll hear them moan about "Fat Men Who Once Met The MC5", which, strangely enough, made me think not of a song by The MC5, but of a T-Shirt one of The Pooh Sticks (Hue?) wears on the front cover of their 1988 self-titled mini album, the T-Shirt reading 'MC5 Back In The USA'. 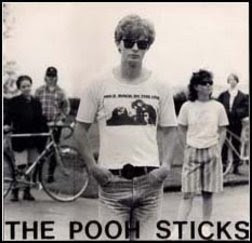 The Pooh Sticks ... from years ago!

So, to close this tale of my complicated thought structures, here come The Pooh Sticks and 'Heroes And Villains' (mp3).
btw: this tune of course made me think of my mate JC aka The Vinyl Villain. But that's a different story. Visit his site here nevertheless, friends, your life will no longer be the same. Always a place to enjoy, but especially his offers for May and (early) June are outstanding!

Would be nice to know if someone found something intersting amongst the tunes above. So leave comments, okay?