Who can identify this tune, please? 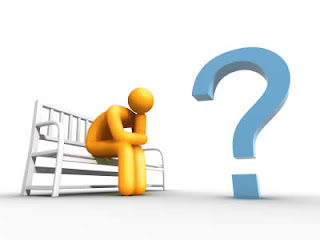 Hi friends,
I received a message on my discogs site from Javi from Spain, who has a song on a tape he recorded back in the summer of 1987. He neither knows the artist nor the name of the song, but is desperately looking for any help indeed. The recording quality is best described as poor, but nevertheless please spend two minutes of your time, listen to the track and if you have a clue: please let me know, so that I can tell Javi.
Here's said song.
Cheers my beauties ... and thanks for your time and help,
Dirk
posted by Dirk at Wednesday, March 24, 2010 3 comments:

I was 17 in 1985 and the following tunes then were the soundtrack of my life. I still love to listem to them these days, some 25 years later, and I can only hope that you will do likewise. The groups/titles may well be known to you by heart already, but I included some live versions that, at least so I think, will not be that well known. For the rest: well, yeah .... is it really wrong to listen to the good old stuff from yesteryear every once in a while? I don't think it is, therefore please wail back in time and enjoy: 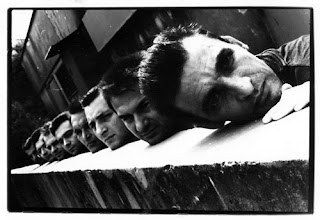 I have this on a fantastic compilation called 'La Vie En Rose' on New Rose Records France. Said compilation was released in 1985, the track itself was on the band's  'Le Goût De L'Effort' - 7", which was already released in 1983. So I'm cheating a bit here in one form or another, then again I first heard the tune when buying the compilation in 1985. Warum Joe hail from France, they started their career in 1981 and they are still going strong ... at least they were last year. 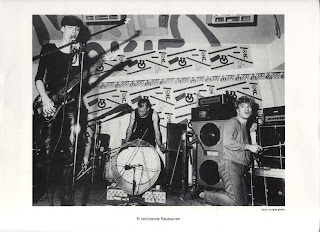 Originally performed by Nancy Sinatra, written by Lee Hazlewood: here you find an astonishing version of the song, done by German industrial rockers Einstürzende Neubauten. On the back of their 'Yü-Gung' - 12" on What's So Funny About ... - Records from Germany. 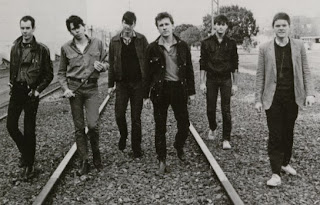 From Melbourne, Australia and active in 1982-1985, 1987-1997 and since 2006. A great band doing a great tune, originally performed by Bob Dylan, of course, although I suspect that this version here might find more approval from at least some of you than the original does. Again taken from the 'La Vie En Rose' - Box Set - compilation .... 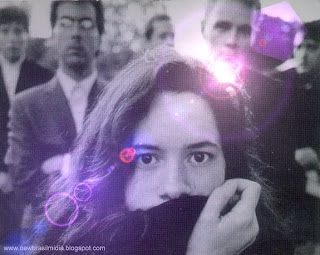 Led by the wonderful Natalie Merchant, 10.000 Maniacs formed in New York back in 1981. Again, 'My Mother The War' was originally released as a single in 1983 - and even turned out to be a minor indie hit in the UK, thanks, as so often, to John Peel's airplay. The reason I list it here in this column is that it was included again on the band's 'The Wishing Chair' album, which was relased in 1985 on Elektra. 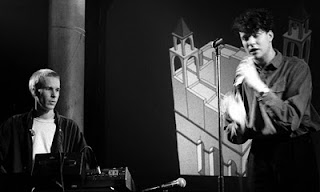 'The London Sampler', a 1985 London Records Label Compilation by and large, has many great tunes on it, and this is but one of them. Not surprisingly, because Blancmange, who were Neil Arthur and Stephen Luscumbe, simply were an outstanding band back in the early eighties. 'Feel Me' was originally released as a single in 1982 and to be honest I have no idea when above live version was recorded: then again I don't care pretty much, because it surely is a gem and it captures Blancmange's energy pretty well! 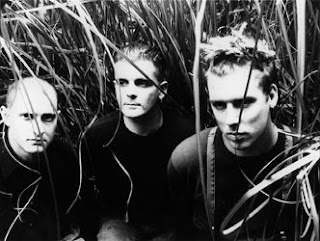 
British band, formed in 1983. Members Michael Allen and Mark Cox had previously played together in the bands Rema-Rema and Mass whilst Andrew Gray was initially a member of In Camera. Lauded as one of 4AD's longest-tenured acts, the band would go on to record consistently until the mid-nineties. 'Heart Of Stone' is, at least in my humble opinion, the best track from their album 'The Legendary Wolfgang Press And Other Tall Stories', which was released on 4AD Records in 1985. 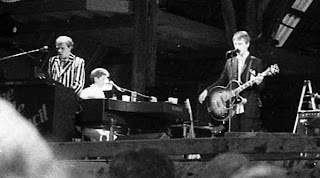 Well, there ain't pretty much to say about The Style Council, is it? Listening to them when I was 16 or 17, amongst all the other post punk/punk - stuff beneath, often gave me a bit of a 'bohemian' feeling, I'm ashamed to admit: then again I never knew whether Weller (bearing what he did with The Jam in mind) was really cool or whether he was just a ninny ... and we'll never know, I'm afraid. One of their finest tunes, first released in 1984, presented here in a live version, live in Liverpool in fact, from a 7" given free with the NME in September 1985. 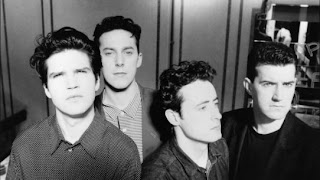 Again from the aforementioned NME - 7", but this time recorded live in London: Lloyd Cole & The Commotions. Surely one of the finest bands from Glasgow ever, and if you don't owe their debut album 'Rattlesnakes' from 1984 yet ('Forest Fire' is on it as well), then you haven't really lived your life properly so far. 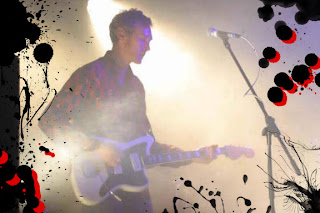 Again already released as a single in 1984, but also to be found on their debut album 'Talking About The Weather', which was released on Red Rhino Records in 1985. I saw them live in 1986 and I thought they had split in 1991, but to my great surprise I just learned - whilst searching for a band photo - that apparantly they reformed in 2004 and released new material until 2006. I'm willing to have a small bet though that the new stuff won't have have the strength and power that above song has. 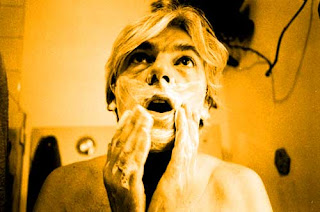 The album 'Gotta Let This Hen Out' was released on Relativity Records in 1985 and basically is a recording of a gig the band did at The Marquee in London on April, 27th 1985. From it, I chose 'Heaven', originally released, also in 1985, on their album 'Fegmania!'.

Enough for today, pop-pickers, I do sincerely hope you enjoyed some of the above: would be neat to let me know if this was the case - or not the case - in the comments section ...